Writing and Crafting (with a dash of wine when necessary).

One of the main pieces of advise that established writers offer to aspiring writers is to read widely. As a lifelong (well, from the age of four) voracious reader, this suits me perfectly. I love the classics; I love an easy holiday read and I love discovering new writers. And since I’ve been working more seriously on my own writing, I’ve read with a heightened interest. I really enjoyed Stephen King’s On Writing and since reading that I have taken note of the way writers describe characters, shape dialogue and let their characters drive the story. So far so good.

Now I am a critical reader, I’m an English teacher after all. There are times when I will pause in reading a book and feel awe at the seemingly simple way a great writer can deftly bring a character or a situation to light. There are other times when I am fully aware that what I’m reading is basic and fairly clunky but still I’m enjoying it so in my eyes it has merit. But then there are times that I stumble across something so awkward that it breaks my absorption in the story and sets my nerves on edge. 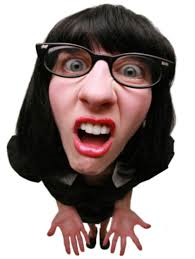 Two books that I’ve read recently contained glaring, anachronistic and just plain silly mistakes. Why? Both books were reasonably well written. Both were clearly well researched in the key areas featured in them: the art world in one, and crime and certain medical facts in the other. And yet both featured screamingly obvious errors. Errors that irritated and puzzled me. Why write a book; presumably re-write it; proof-read it and go through all the painstaking work that is involved in bringing a book to print and then simply drop the ball in terms of basic contextual information.
What am I talking about? Well both books were clearly set in the twenty-first century; one at least was obviously bang up to date. The protagonist refers to her habit of constantly checking her ‘phone to look at Twitter, Facebook and the like. Said heroine was 26 years old and much of her back story centred around 10 years before the start of the novel. The reader is gradually introduced to events that took place when she was sixteen. Now given that it is only the last few years that we have habitually accessed Twitter and Facebook on our phones, this means that she would have been sixteen around the turn of the century at the latest. So far so good. So why does she reference Debbie Harry as a lesbian school friend’s crush – another friend, in order to out her, sang ‘Hanging on the Telephone’ sat in the classroom. I’ve been a teacher for the past 15 years and I can tell you that very, very few 16 years olds would know the singer or the song. Not now and not 16 years ago. Her boyfriend of the time apparently wrote down Pink Floyd lyrics – something which seemed to mark him out as a rebel. Really? It could be that a 16 year old boy in the year 2000 was into Pink Floyd but this would need qualifying surely. Or am I just being picky? In fact the kids I was teaching back then who were into older bands were generally into bands like Nirvana or, if truly retro, The Clash. And again, if you featured a 16 year old from 2000 in your novel who was a fan of a non contemporary band, it would need to make some sense to the reader. Otherwise, like me, your reader will assume that you are confusing your protagonist’s youth with your own – which clearly was not in the same decade. 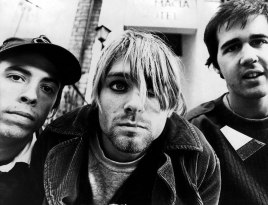 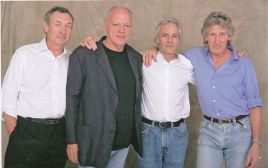 Another book featuring mobile ‘phones and various other references to a 21st Century setting had a jogger run past the heroine clutching a Walkman.

Was she being retro? We weren’t told. Just left to wonder why someone would use a Walkman in the place of an ipod or their phone. Curiouser and curiouser. There was also a 30 year old man in a corduroy suit. I’m sorry, I just can’t see it myself. Not now and probably not since the 1980s at the latest. It reminded me of a romance novel I read recently, set in the here and now in which the heroine bought the scruffy hero a velvet jacket to smarten him up. I had a velvet jacket that I used to wear when I went out. It was lovely, dark blue and very smart. I was thirteen. That was nearly 40 years ago.

It’s just very annoying. Don’t write a book set in the present time and reference things from when you were a teenager unless you explain them. Thank you very much. The end.

One thought on “Anachronisms AKA Silly Mistakes ”